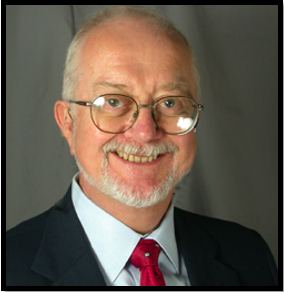 By: Friends of Harry

Harry’s an interesting guy. While he embodies many talents, his “signature quality” is his flair for helping others. Harry cares about folks! And over his years as a contributing citizen of Metro Richmond, he demonstrated that commitment as:

As a successful serial entrepreneur, Harry founded and sold 3 successful companies in the Greater Richmond RVA footprint. He remains proud to have provided employment for scores of family bread-winners over a half-century of service in business. Notably, Harry insisted on the retention of all employees as a condition precedent to a sale to prospective buyers.

Interestingly, Harry’s major efforts as a mentor and difference-maker to job seekers was a direct result of his formation of Paytime … a payroll service provider. Over a period of a dozen years, Harry succeeded in building Paytime to become the largest privately held payroll company in Central Virginia.

How he did that is directly related to the title of this piece, “Would it be helpful to you if I …”?

Here’s his story and the networking formula he created. Anticipate a nugget or two to enhance your success with friends, customers and folks you’ve met for the first time.

Harry’s life before Paytime was in the world of software development and sales to large enterprises and government agencies. No need or value to networking in that market space.

With the sale of his prior venture complete, and looking for his next commercial challenge, Harry decided to form a company to provide payroll services to the small business community. Success in that venture demanded that he become known among business owners.

Steve Lux, a long-time close friend introduced him to the value of networking … which Harry embraced and aggressively proceeded to uniquely and creatively advance to an art-form.

Never a “shrinking violet”, he began his campaign to meet people with three guiding principles:

As an important aside, friends and colleagues have variously described Harry as:

So, it was no surprise to his circle of friends and acquaintances that Harry went from “zero to 60” in record time. He joined an established networking group and quickly grasped that effective networking is not about you … it’s about them. Said another way, how to genuinely and sincerely express an interest in a group member without an expectation for payback.

And that was the birth of the phrase, “Would it be helpful to you if I …?” The completion of the sentence was always a function of something or someone that Harry felt may prove valuable to the other person. For example, “Would it be valuable to you if I introduced you to John Smith who I think could help you with referrals for your business?” You get the point … the objective is to offer help, not solicit help.

Harry also converted downtime into uptime … the 2+ hours everyday people spent at meals. He never ate alone. Daily, there was breakfast and lunch with someone he knew or wanted to get to know.  Less frequently, but often, dinner was included in his efforts to know and be known.

Enjoying success with his initial networking experiences, Harry undertook to form, co-found and contribute as a member of additional networking groups … all of which remain active years after their beginning, including:

Where did all this effort lead? Harry interacted with about 150 people each month … plus networking group guests and other introductions. His selfless quest to meet and help others resulted in growing his contact list to over 2,400 individuals. Notably, Harry insisted that no one be on his list unless he met them in person or minimally had one or more phone conversations. Again, evidence of his mantra … networking is connecting with people, not collecting people.

Harry was a frequent speaker at meetings of Career Prospectors, a group dedicated to helping unemployed individuals seek gainful employment. Predictably, his message was how to make connections. In that role, he interacted with members both at the meetings and in one-on-one follow-ups … resulting in introductions that led to an impressive number of job offers.

Charlie Wood, founder and CEO of Career Prospectors, encouraged Harry to join LinkedIn. He did so and demonstrating his usual achievement velocity, he surpassed 500+ connections in no time. Harry urged members in his other networking groups to join as well and not coincidentally, Metro Richmond became one of the largest LinkedIn communities in the world!

In this digital age, permission-based marketing is touted as the antidote to the avalanche of information that cascades on all of us daily. Harry figured that out long before the internet marketing gurus.

He found that trying to sell payroll services was a fool’s errand. Payroll services was the last thing on a business owner’s mind … until something went wrong. So, Harry’s approach was surprisingly straightforward, disarming and ultimately highly successful.

In meeting a business decision-maker and trading info on what each person did professionally, Harry would ask, “How are you handling your payroll now?” Following his companion’s answer, Harry asked, “How is that working out for you?” If all was well, Harry offered to trade cards with the invitation to let him know if circumstances changed and he could be of help.

A frequent response was, “Aren’t you going to try and sell me?” Harry: “You’re happy. If things change, please keep me in mind.” Some didn’t … many did!

Tom Winfree and Harry served as fellow Board members. He described Harry as being driven as a contributor. He sought the positions of Secretary/Treasurer as another opportunity to meet people and serve an active function to the betterment of the organization, not just a fancy title.

Harrry proved to be both well organized as well as an accomplished organizer. Persistence is the byword as he stuck with an issue to make it work. That included a willingness to take the lead on controversial, sometimes difficult positions or decisions that affected organizational  stability.

Harry served as an active Board member of the BBB of Central Virginia and WHIMBY for over 10 years.

Clearly, Harry has exercised a lifelong commitment to helping others …

… and celebrating their successes. Remarkable guy!