The Dinosaur of the Digital Age … or Not?!

Having been born and raised, plus conducted much of our professional careers in the pre-digital era (no smart-aleck remarks, please) … i.e. before websites, SEO, PPC, email, blogs and webinar invites … we wondered if the old-fashioned world of direct mail marketing is now a thing of the past. That led to some research on this marketing medium and our initial findings appear directly below. 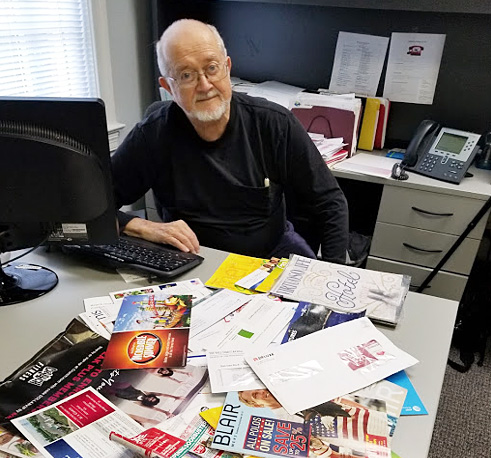 What you see is just one week’s worth of mailbox stuffers with a net weight of 7 pounds!

As we dug deeper, we found that direct mail marketing is making a resounding comeback after being hacksawed for nearly a decade by digital ad media. The reasons come down to three major consumer perception issues:

An apt analogy when it comes to digital advertising overload is that of taking a drink from a fire hydrant. We are inundated with literally thousands of ads every day … with some estimates reporting hundreds presented to most Americans before their morning coffee.

And U.S. internet users (virtually everyone!) have a healthy sense of self-preservation when it comes to being bombarded with ads each time they log on. The first line of defense is to ignore the promotional intrusion. A digital marketing rule of thumb appears to be that maybe two percent of ads deliver on the promise of having actionable impact on consumers.

Here’s a blockbuster illustration of that very point. As reported by the Wall Street Journal, Facebook Inc. announced that over a two year period, it had overestimated by up to 80% the average time people spent watching video ads on its platform. Hmmm … sounds like a defensive move by consumers and a major marketing budget blow to advertisers.

Reports like the article referenced above underscores a major kick in the teeth to advertisers who are ponying up significant marketing dollars.

Likewise, consumer credibility has taken a major setback as well. Consider one channel alone, social media. The average person spends a couple of hours every day on one or more social media sites … and is hammered by ads. Now couple that with the relatively inexpensive way for marketers to gain exposure to millions and we have a landscape littered with questionable claims and dubious deliverables.

Again, Americans on the internet are not stupid! And they demonstrate that by increasing skepticism of advertising in the digital world and the torrent of clickbait solicitations. 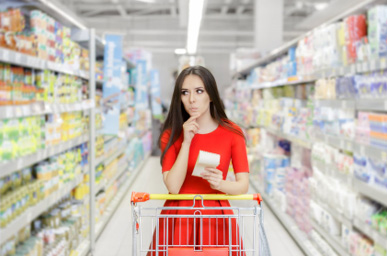 A Nielsen consumer survey report on advertising found that catalogues and flyers have the highest impact on people’s buying decisions with 62 percent of respondents rating them highest. That’s in contrast to only 12 percent preferring online ads.

Millennials pay more attention to print. About half of this, the largest single generation in the U.S., says they ignore digital advertisements, while only 15% say they ignore direct mail. Print ads are perceived as more reliable and engender a significantly higher response rate.

Purchase decisions are prompted by print ads. Print is considered a more trustworthy and authoritative source of information and enhances confidence in product and service offerings. Additionally, print ads give folks time to think … even if that results in it being trashed, it did receive attention and conscious consideration … unlike the unthinking impulse to hit the delete key.

Now to sum up, take a few minutes to review the following infographic produced by Marketing Profs. 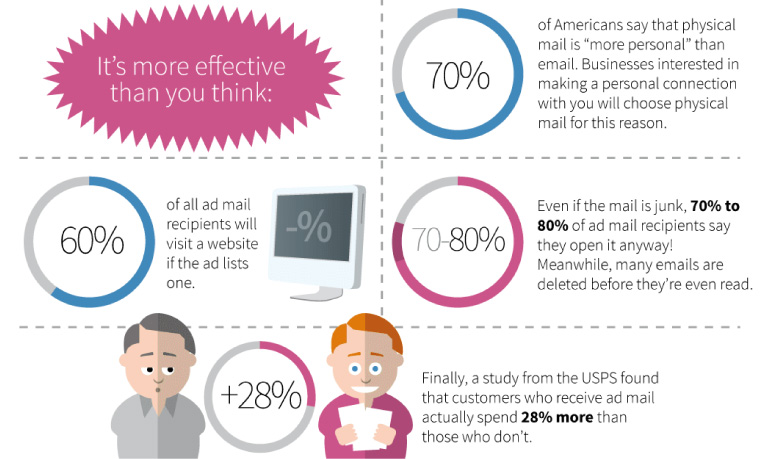 “Contrary to popular belief, advertisers will be using direct mail marketing even more in the future,” says an infographic released by the Experian Data Quality group.

If you’re wondering how that can be possible, consider these stats noted in the infographic:

If you’re thinking of exploring direct mail, or if you just want to see some of the benefits and challenges of the practice, check out the infographic. Tap or click on it to view a larger version.

Research shows that direct mail is steadily making a comeback.